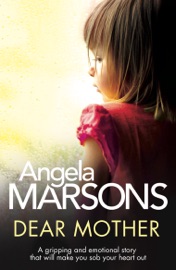 Three sisters. Three childhoods ruined. One chance to heal the scars of the past.

After the death of their cruel and abusive mother, estranged sisters Alex, Catherine and Beth reunite once again.

Alex, the youngest, is a bitter, unhappy woman who refuses to face the horrors of her childhood. Finding solace in a bottle, her life is spiralling dangerously out of control.

Eldest child, Catherine, has strived for success, despite her difficult upbringing. But behind the carefully constructed façade lies a secret that could shatter her world forever.

Beth, the middle child, bore the greatest burden. But having blocked out the cruelty they suffered, she remained with their mother until her death. Now she must confront the devastating reality of the past.

Brought together as strangers, the sisters embark on a painful journey to heal themselves and each other. Can they finally put their terrible childhoods to rest and start over?

An emotional, heart-breaking and compelling novel for readers of Diane Chamberlain, Amanda Prowse and Kelly Rimmer.

Previously Published as The Middle Child